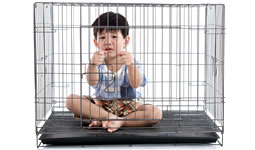 Do you think that part-animal, part-human embryo research should be funded by the National Institute of Health (NIH)? Some may feel the question alone is an ethical or moral outrage while others will see it as the future and think of it with excitement. Regardless of which of these describes your thoughts and feelings, we can all agree that this issue is controversial. There have been many issues in the past that have caused similar reactions initially, like working with cadavers, which rarely even raises an eyebrow in more modern times. This is only meant as an example of how many fields of research can initially be seen as controversial.

With the recent plans by the National Institute of Health (NIH) to lift the funding ban on part-animal, part-human embryo research they’re saying that it’s time has come. Technical breakthroughs and assurances were provided as their reasoning for lifting the ban, but concern about what the private sector might do without them may also have played a role in the decision. Or maybe they just decided that the time has come to look to the future and the possibilities that the research may bring. This article will answer common questions people have and tell you what scientists have to say on the matter to hopefully take the mystery out of it so you’re able to have a more informed opinion, regardless of what your first impression was.

What is the Ban?

Until recently, there was a ban in place that kept scientists from applying for research funding if their research involved the use of pluripotent stem cells (IPS cells) to create hybrid, human-animal embryos. IPS cells are created using tissue harvested from a child or an adult, usually blood or skin, which are then genetically modified to behave like embryonic stem cells, so that they are then able to form all adult cell types. One of the main ethics concerns that the National Institute of Health (NIH) has is that such embryos have the potential to produce brains that are part-human and therefore have some degree of human consciousness. Because of this concern, a blanket ban was implemented for this type of research to block any applications for federal funding.

After consulting with leading experts, the NIH has now decided to lift the ban. This means that federal funding will be available to scientists who wish to produce such embryos (known as chimeras), but only under strictly controlled conditions. Two key areas under discussion are: human pluripotent stem cells being introduced into non-human vertebrates before the gastrulation stage (mammals are only considered after the blastocyte stage); and human cells being introduced into non-human mammals after the gastrulation stage, where the brain could become modified to stop the human brain cells from forming.

However, chimp and monkey chimera experiments will be subject to greater restrictions due to their genetic similarities with humans. Also, the NIH wants to extend its current ban on breeding chimeric embryos formed from a human cell, where they have the potential to pass on human egg or sperm cells to their offspring.

So not everything in the ban will be lifted, but it does present a great opportunity for scientists in this field to greatly advance current knowledge. And like anything that has been subject to prohibition, the ability to take the first new steps is an exciting endeavor for those involved.

What do scientist think of the ban lift?

The scientific community is split. Many scientists think that lifting the ban is a good thing, and that the research could have significant importance in the future, especially for growing human organs. Others meet it with skepticism and question whether the procedures to completely eliminate any possibility of mixing human consciousness and traits with animals will actually work, independent of any ethical concerns. There are also many who are vehemently opposed to the lifting of the ban, many of which are on the grounds of moral or ethical concerns. Some scientists even relate the research to that of Frankenstein, and if anything were to go wrong in the procedure, you actually could end up with a monster. Not like the monster created by Dr. Frankenstein, which was made up entirely of human parts, no animal parts. But a monster just the same which in this case could be an animal with human consciousness, all because a procedure was not properly followed, or for some unforeseen reason.

Here is what some leading scientists have said on the matter:

Rudolf Jaenisch (MIT)- “I don’t think these chimeras have worked at all at this point. But it’s a very important experiment”

Arun Sharma (Stanford University)- “In my opinion, the NIH is doing the right thing in thoroughly evaluating the scientific and bioethical implications of this work before pushing forward.”

Carrie Wolinetz (NIH Associate Director)- “What is new is as the science has progressed, as we have seen advances in stem-cell technology and gene-editing capabilities, we’ve begun to creep a little bit closer to the science leading to some of these ethical concerns,”

Theresa Pham (Leading Medical Physician)- "As a physician who is in the field of research, I feel strongly that this use of chimera crosses an ethical line ... advancing our knowledge in some areas of science can't and should not be approached with the same presumptuous naiveté,"

Do you have a strong opinion on the matter? If so, the NIH is inviting people to comment on the implications of lifting the ban. If you would like to submit a public comment to the NIH directly, here’s a link to the NIH online submission form.