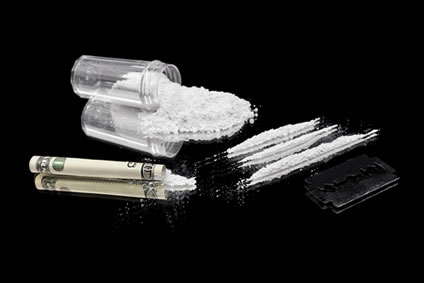 A team of researchers from the University of Kentucky in Lexington successfully altered the structure of the bacterial enzyme produced by Stenotrophomonas maltophilia, a bacterium by-product of cocaine esterase – a microbial protein that has been discovered capable of metabolizing cocaine. As one of the top three tactics under examination to fight addiction, this bacterium enzyme proved to be a potential treatment for cocaine addiction in cases of over dosage and relapse prevention.

Stenotrophomonas maltophilia (formerly known as Pseudomonas maltophilia) is an aerobic, non-fermentative bacterium commonly found in diverse aquatic environments and initially isolated from industrial wastes at a cocaine-processing laboratory and pharmaceutical plant. These diminutive microbes consume cocaine for food with the aid of cocaine esterase to metabolize it into nitrogen and carbon.

Depending on the cocaine esterase enzyme is not enough to make it more potent for it can only function with the help of protein bonds, which are very sensitive to temperature. The enzyme can only thrive in the human body temperature for a maximum of 12 minutes, rendering it useless as a body therapeutic agent. As a result, the enzyme instability in the body poses challenges on its sample storage and transport.

In 2009, the same chemical biology research team led by Chang-Guo Zhan released a study that presented the effect of initiating two mutations into the enzyme can prolong its half-life or the extent of time it takes for the enzyme to diminish by half. After the mutation, the enzyme lasted for around 6 hours, an ample window time to neutralize the cocaine’s effect on an individual experiencing overdose.

Chang-Guo Zhan explained that six hours is not enough to dissipate the effects of cocaine on the patient. The enzyme would need to stay inside the body for days to weeks to prevent the patient from experiencing the ‘high’ feeling as effect of the drug.

The researchers continued the protein modification and replaced the amino acids with cysteines, which then formed a stronger bond for the enzyme. The newly formulated enzyme can now withstand the human body temperature for more than 100 days. This reinforced enzyme was tested on mice and has lasted for more than three months, the longest lasting effect recorded. The test showed that the enzyme could metabolize for about 180 times than the usual cocaine doses in approximately three days.

“This is the longest in vivo protection from a lethal dose of cocaine ever demonstrated. Other studies are needed but it could be promising in cocaine-addicted people,” states Laurent Karila, an addiction psychiatrist from Paul Brousse Hospital in Paris.

Clinical science breakthroughs such as this successful bacteria alteration to neutralize the effects of cocaine rely on expert quality scientific laboratory equipment to produce accurate and reproducible results. Discovery Scientific Solutions (DSS) offers a comprehensive collection of cutting-edge laboratory equipment and accessories suited to meet the demands of virtually all of today’s clinical laboratories.