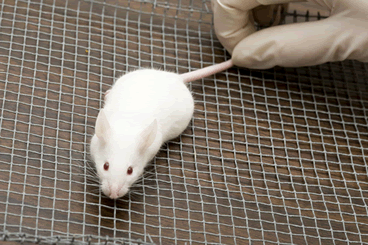 A group of researchers from Vanderbilt University, led by Sean Davies, discovered that the genetically altered Escherichia coli (E. coli) bacteria strain extracted in the gut have a huge potential for weight loss as tested on laboratory mice, according to a study published in the Journal of Clinical Investigation.

A harmless strain of E.Coli was genetically modified to produce N-acylphosphatidylethnolamine (NAPE), the hormone released by the small intestine into the bloodstream to the brain when it processes fat. The NAPE was then immediately converted to N-acylethanolamide (NAE), the compound responsible for suppressing one’s appetite.

To test the strain’s effectiveness, the NAPE-producing bacteria were diluted into the drinking water, which the laboratory mice took with high-fat diets in a span of eight weeks. Results showed that the mice fed with the modified bacteria strain ate less food, gained less weight, and had low markers for diabetes, unlike the rest of the lab mice that received the control bacteria. The effects of the NAPE-infected mice persisted for 4-5 weeks after the treatment.

The clinical trial started with selecting an E.coli strain target that could be genetically modified to add the gene from an Arabidopsis plant, the first ever plant to have its genome sequenced. The Arabidopsis gene was found to enable the bacteria to develop precursors to the hormones released in the small intestine whenever it processes fat. The NAE hormones then circulate through the bloodstream and transfer signals to the brain for appetite suppression.

Driven by the alarming rate of obesity worldwide, pharmaceutical companies such as Wyeth, Sanofi and Merck began developing treatment programs to resolve this epidemic that has been responsible for the death of 2.8 million people every year. In other news, Abbott Laboratories also produced a diet pill, namely Meridia, but was later pulled out from the market due to its links to heart diseases like stroke and acute myocardial infarction in Europe. Sanofi also stopped the marketing of their anti-obesity treatment, Accomplia, due to its links to suicide and depression cases.

Tested with a minimal dosage of once every four weeks, the clinical trial on the genetically altered bacteria presented beneficial effects than anti-obesity drugs that need to be taken daily. Also, the hormonal precursors’ effect did not elevate the NAE in the mice’s blood, only in its brain and liver. Compared with wild-type probiotics, the laboratory-modified bacteria did not settle in the gut and proved to be more responsive to signals like food intake, making its effect more beneficial to the body.

Davies stated that it is difficult to conclude whether the genetically-modified bacteria will have the same effects on humans and that they will need to have the approval of the FDA (Food and Drug Administration) before they undergo human clinical trials.